Eleonora Rises Again with Ode to the Moon

“The moon understands what it means to be human.  Uncertain. Alone. Cratered by imperfections.”  I remember the first time I read this quote from the poem, Shatter Me by Tahereh Mafi.  I was on the F train and it was late at night, I was coming back from Brooklyn after a long day at work and I still clearly remember feeling my soul trembling and my heart shaking while reading it.

In a few seconds I realized how sad I truly was and how much pain I was carrying inside, simply by reading a few words that spoke the same language as my soul.  This poem gave my soul a voice. A voice that for a long time I tried to shut down in order to avoid the brutality of the reality that trapped me. 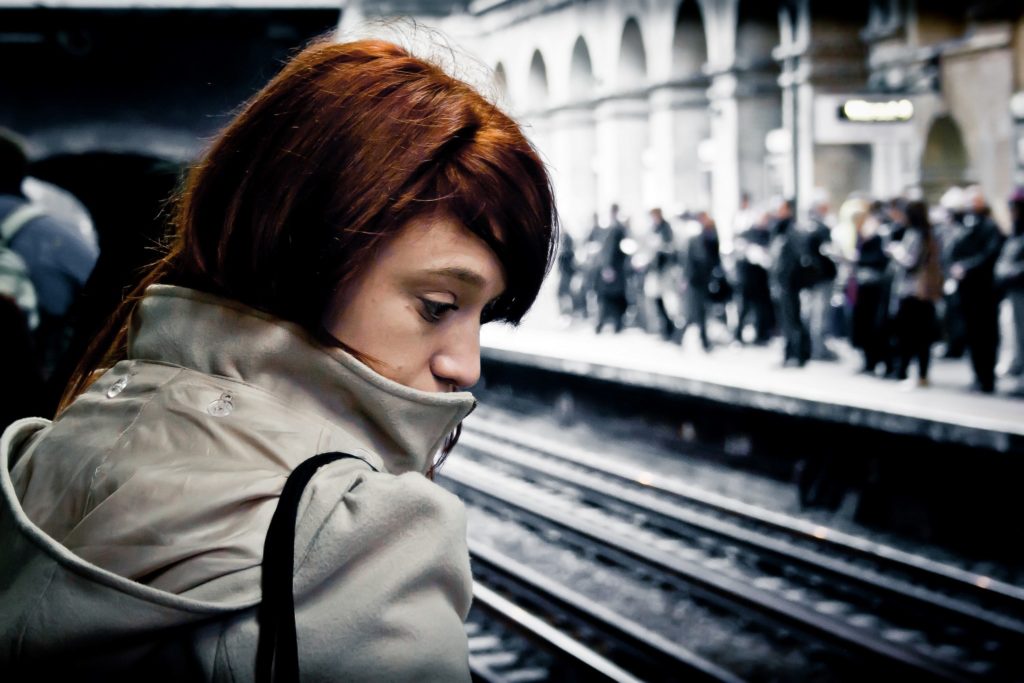 I was living in Manhattan back then, in a very little apartment on the upper west side.  My daily commute was long and exhausting. I was broke, and I was broken.  I barely slept and I was not taking care of myself at all, although externally it looked like I was living a picture perfect life.

I used to wake up at 5 am and catch a train, with my bike on my shoulder, travelling all day long from one studio to another, from one private costumer to another and then run to yoga practice.  Never missing a class, never taking a break, never even considering the idea of going on vacation, because everything I needed was right there between Coney Island and Union Square. 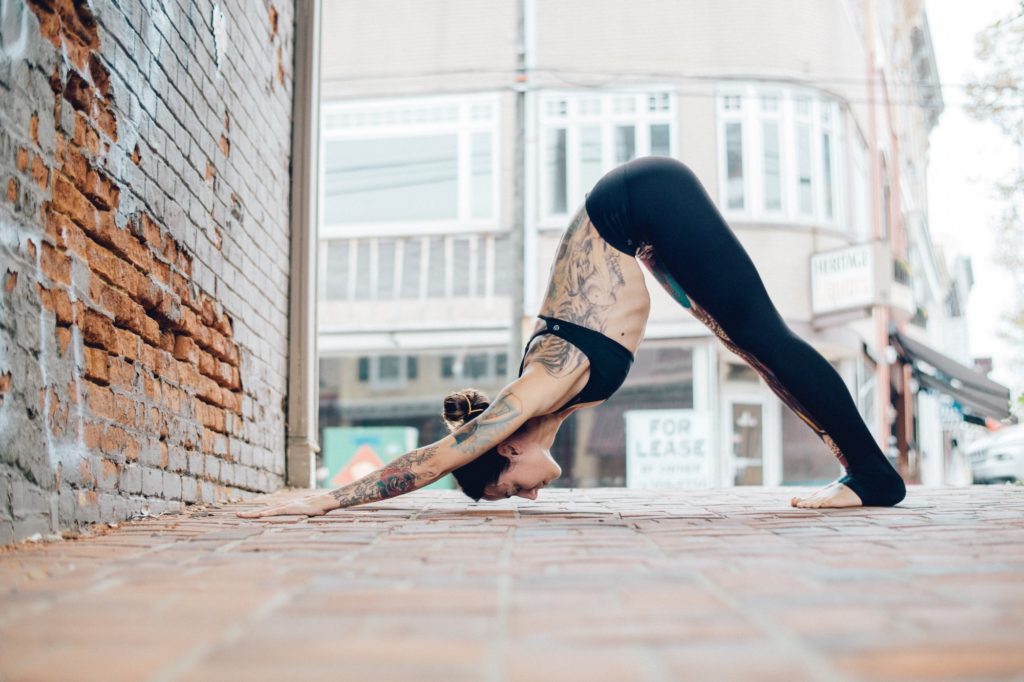 I had it all. I was young, healthy, and fit, living in Manhattan – one of the most beautiful and charming cities in the world. I was working as a personal trainer and yoga teacher all over Brooklyn and the city. To make it even better, I was dating the perfect guy: an accomplished, educated, wealthy, well dressed and well behaved man who everybody loved and admired.

I was always smiling and barely complained about anything, but I was slowly dying inside, consumed by demons that I did not even have the courage to name. I needed to be stronger than my fears and better than everybody else, because I needed to live up to the expectation that my partner had of me. I had to be enough to make my family proud of me. Failure was not an option.

New York City is like a tough mother, one moment she holds you in the warmest hug, and the moment after she slaps you in the face just to remind you how hard life can be. This city makes you feel invincible.  If you really embrace “her” magic, you can feel “her” growing within you; such an inspiring, cultivating and vibrant energy. On the other hand, it can also end up eating you alive.

I pretended for so long that everything was fine, but it was not. I was abused. I was living in a toxic relationship and it was not the first time that I found myself in this situation. Because of that, I was not admitting to myself that it was happening again.

At night, alone in that small apartment, I could not do anything but cry. I could not take it any more. I could not live like that anymore. NYC, the city of the American Dream was becoming a trap for me with no escape. I was surrounded by so many people, but started to feel so alone and so desperate.

Nobody was there for me. Nobody understood what was going on in my life. Nobody had time to listen to me, to truly connect with me. Silence became the cradle of violence and my biggest enemy. My partner at the time convinced me that I was too sick and too vulnerable and that there was no space for the weak ones in a city like New York. For so long all I thought was that I really wanted to be a “New-Yorker” and I really wanted to be with him.

When I started to let go of the fear, I was able to understand my power.  By surrendering to the moment, I found the peace I needed, to be honest with myself. It was not about me “not deserving to be a New Yorker.”  It was not about me not being enough for my partner or being worthless, and more then anything it was not about failure.

It was time to reclaim my soul and understand what I really needed. The sublime melody of the sound of the ocean, the blowing of the wind, the crashing of the waves, and the singing of the seagulls flying along the horizon. The silence of walking away from the chaos of a city that never sleeps, and away from those overwhelming traffic lights. The darkness of a night illuminated just by the moonlight where your thoughts become clear like shadows under the moon. The many shades of a sunrise above the water, when Mother Nature paints reality with colors that you have never seen before. All this I needed. 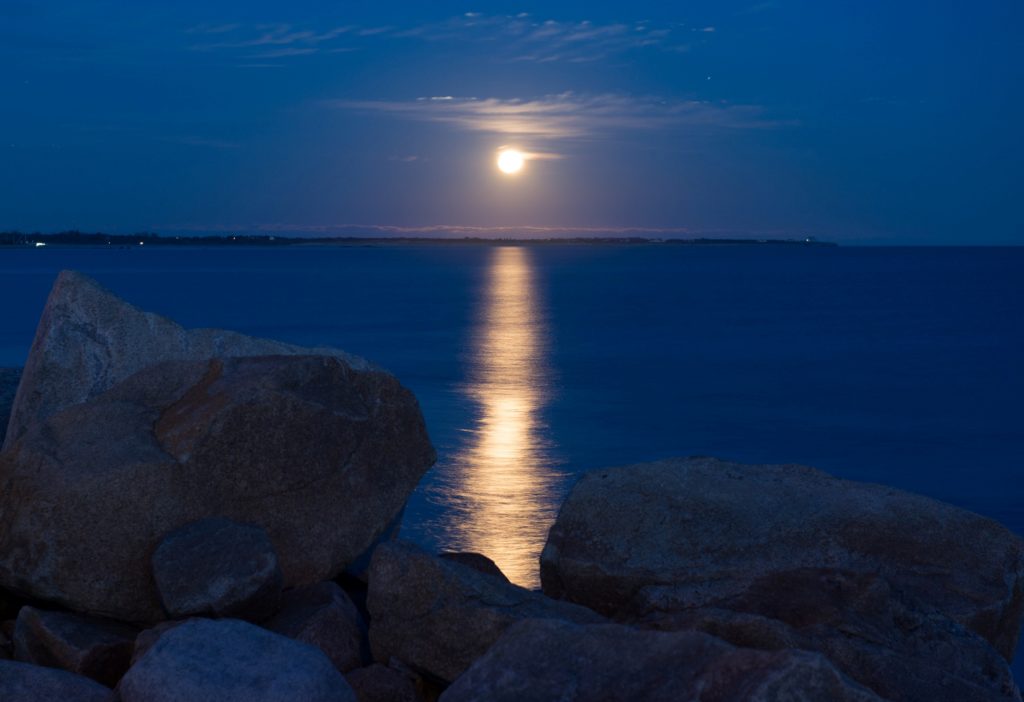 I left the only life I had known. I left the only place that I could call home with no money or support, I moved to the shore of New Jersey and slowly my soul began to heal. 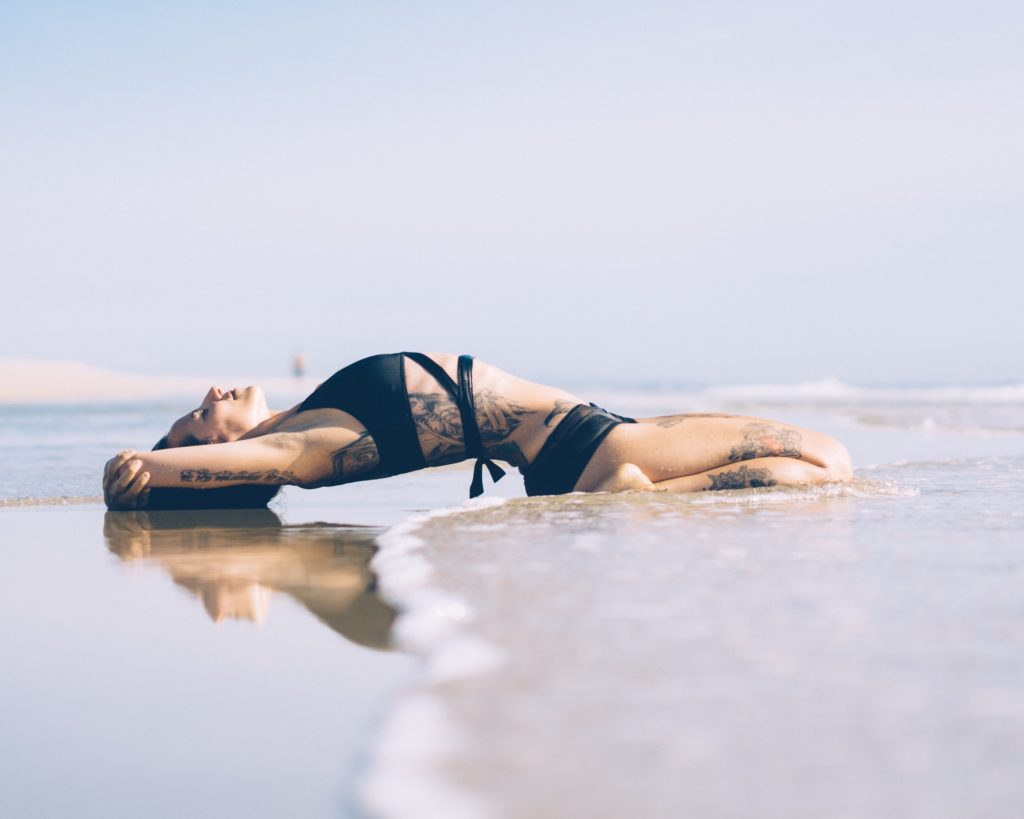 Eleonora Zampatti at peace in the ocean | Photo: Aaron Santoro

I’ve told my story before, but as I move forward the story evolves and new visions are born. Through the twin paths of yoga and art, I decided to dedicate myself to help those who are still living under the oppression of violence. Inspired by the cycle of the moon, I hoped to create an environment in which we could all raise our voices against violence, a place where we could sing our song and say no to it, if needed; where we could use our body to dance the symphony of life. And so I created Ode to the Moon, a fundraiser yoga event.

This event was born from my personal battle against the silence that surrounds domestic violence, and it is my attempt to use yoga and music to heal the souls of those who are suffering, because violence is never an answer. Love is. This event inspires people to practice compassion and love for others, but more then anything, practice love and compassion for yourself. Do not fear your past, instead, make it the core of your strength and live your life with an open heart, trusting in love, and rising again, just like the moon does.

The Ode to the Moon Foundation

Since 2014, Ode to the Moon has offered its services to raise funds all over New Jersey, New York, and Europe in order to help victims of domestic violence in our community and all over the world. We have been published in all major yoga magazines putting us at the forefront in the battle against domestic violence.

The time has come now to become our own organization. And we have done just that. Just last month we achieved our legal non-profit status.  Our mission as a non-profit organization is to break the silence about domestic violence through body movement, yoga, visual artists and musicians. Our projects highlight education and discussion on the topic of domestic violence, as well as guidance to various professional services for those who need assistance. Our objective is to empower individuals who are in need of finding a voice to break their silence.

Ode to the Moon Leggings

When I met visual artist Linnea Tober I had one request only, I wanted to wear the moon. Aware that mine was a quite ambitious goal, we started to work together hand in hand on the creation of the Ode to the Moon leggings. I wanted it to be a wearable piece of art, the reflection of the soul of the Ode to the Moon project, something that everybody would want to wear on the mat and outside of the mat carrying our message around the world.

Like if this was not enough I knew that at the same time it needed to be a high performance product who could give freedom in the moments of the body during our yoga practice. We lost many nights of sleep over the creation of these leggings, trying to deliver the best product we could and I believe we did. 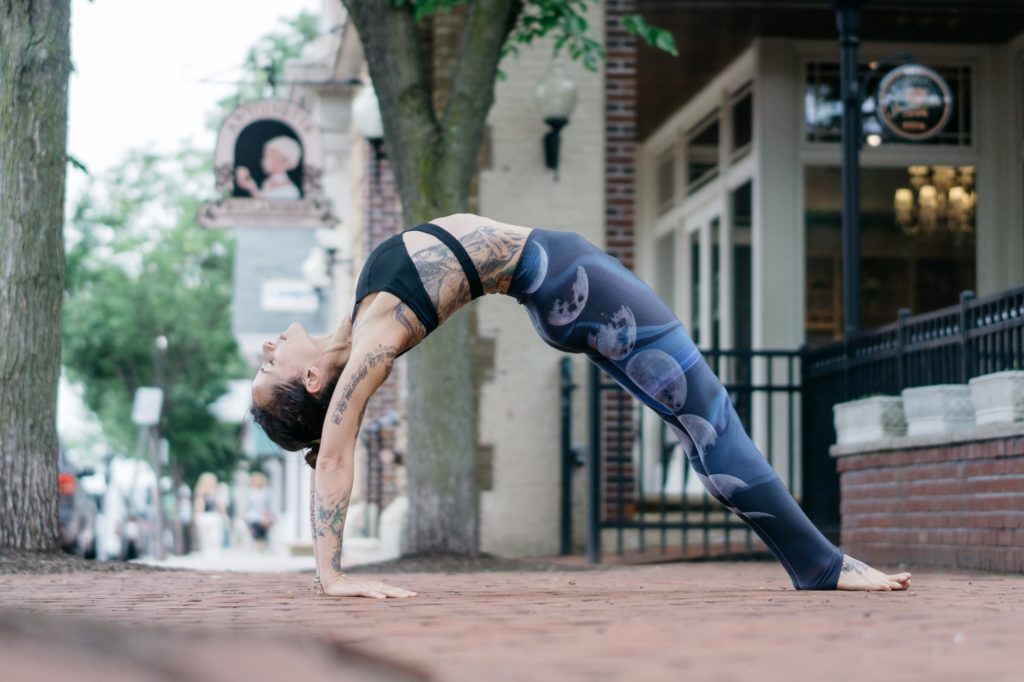 Featuring a high waistband, our Ode to the Moon leggings are made to stretch with you while you twist, turn and workout. More comfortable, this three piece style of legging allows you to optimize your movements while looking amazing. Wear them for working out, or going out, or both. Ode to the Moon leggings are printed using solvent free sublimation inks. This printing method gives a vibrant, beautiful range of colours. We have worked with colour specialists to provide the most accurate colour that won’t fade after wearing or washing. Sizes goes from XS to XL and our XL will fit size 14-18. Because our leggings are for everyBODY. A part of the profits of every sale of these leggings goes to support the Ode to the Moon Foundation.

And you can win your very own pair of Ode to the Moon Leggings from Eleonora Zampatti right here at TryBelle Magazine.

The Giveaway is now closed.  The Winner of Eleonora’s  Ode to the Moon Leggings is:

Eleonora, is a native of Milan, Italy. Her wide range of teaching abilities include Pilates, yoga, dance and strength training. After working for many years in Manhattan and Brooklyn she is now a full time yoga teacher in Monmouth County, NJ. Using her passion for yoga and music she created a series of fundraising events called Ode to the Moon, now a non-profit foundation that brings awareness to domestic violence through yoga, movement and music.